In 1981, in a small village in South India, little Ravi was born.

His parents were poor and illiterate. The family struggled daily to survive. At the age of six, Ravi was already working as a shepherd boy. His mother made a difficult decision. She would give up Ravi and his younger brother to an orphanage where they would have an opportunity for a better life. Over the next five years, Ravi and his brother moved to five different orphanages. A couple of the orphanages were ok. Three were quite bad. It was like living in a warehouse for children. They were given the minimum to live. The children often went hungry. There was no nurturing care of the staff. 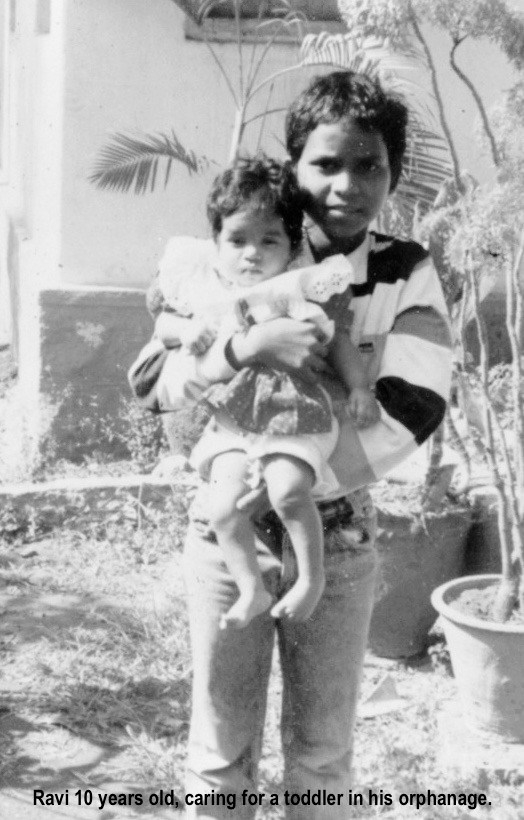 The children formed gangs and often fought each other. Ravi had finally had enough. Out of desperation, the young boy prayed to God, who he did not know, to get him out of there. That year Ravi and his little brother were adopted by a Christian family living in Grand Rapids, Michigan. His name was changed to Thomas. He began to hope. Twelve years later, at the age of 23, Thomas found himself at an impasse in his life. Having exhausted all other resources, he once again called on the Lord.

Thomas was finally ready to fully surrender his life to Jesus. A few months later, God directed Thomas back to India. Upon his arrival, he was reunited with his birth family. What an incredible experience! He also was reminded of the poverty and hopelessness from which he came. Everywhere he looked he only saw desperation and need. Deeply troubled, Thomas opened his Bible seeking answers.

He turned to the epistle of James, beginning with trials, orphans, and widows. When he got to James 2:14-17 he became profoundly convicted that faith without deeds is dead. Thomas closed the Bible, but the words continued to ring in His ears. He tried to argue that God had the wrong guy, that he was too young and ill-prepared, but God prodded him that the children of India are hungry now. Do something!

Thomas started the next morning with prayer and then went to work. He began cooking and serving large amounts of food to the poor. While he was feeding hundreds of people, a woman dropped two children at his feet saying “My husband died of AIDS. I’m dying of AIDS. These children will be better off with you than me.” She then disappeared into the crowd. Not knowing what to do, he took the children home with him.
Thomas started the next day with the same prayer and action. He was given two more children. This continued and by the end of the two weeks, he had 21 children. He knew these kids needed more than food and shelter; they needed the word of God, unconditional love, and education with a plan for their future. With his visa due to expire, Thomas maxed out his credit card, rented a house, and hired his sister to care for the children. Through God’s providence and a broken and willing heart, what is now known as the Faith In Deeds Children’s Home was born.

Each of our children has a story to tell. Watch the video “Faith In Deeds Children “My Story”. See their heartache, but also see that God’s grace is greater. A special Thanks to Dan Haskins for this video editing work.